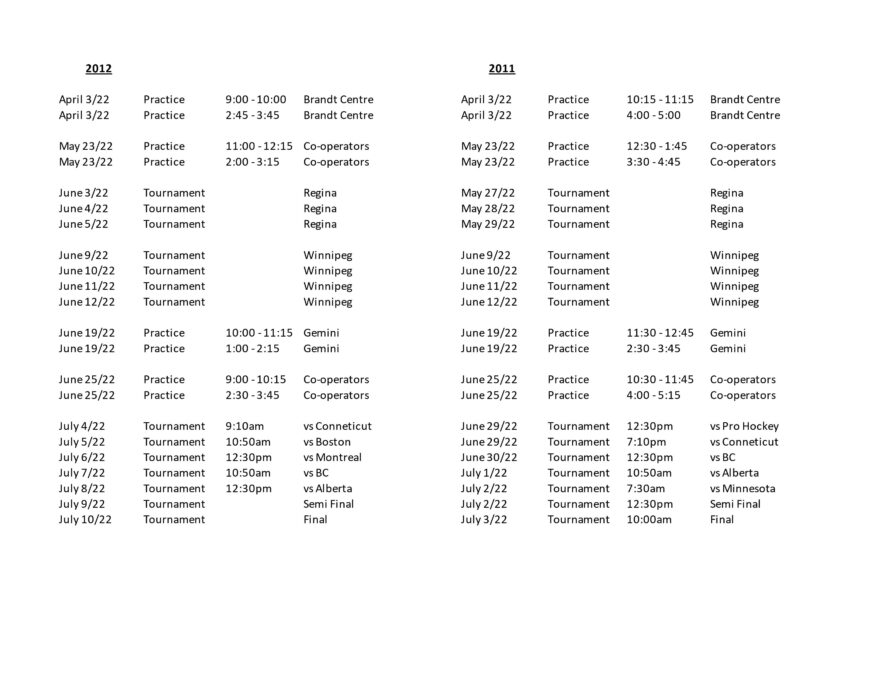 Formal announcement of the 2022 Team Saskatchewan will happen in early April, following the final set of evaluations. Each team will participate in three tournaments, starting in late May in Regina, followed by a trip to the North American Hockey Classic in Winnipeg in June and culminating with the Brick Tournament in Edmonton in late June/early July.  Click here to be directed to the Brick website.